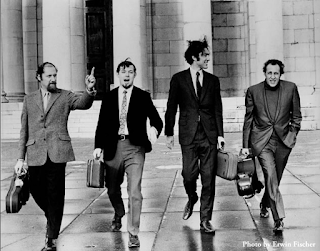 What are your favorite chamber music recordings? 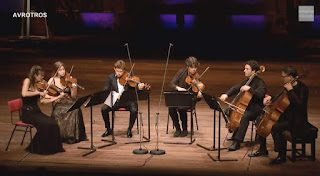 Feel free to share with us your favorite recording(s), analog or digital, on the basis of performance and/or sound quality.  All thoughts are welcome! 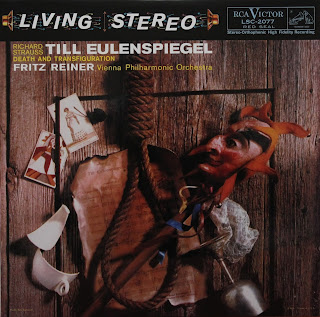 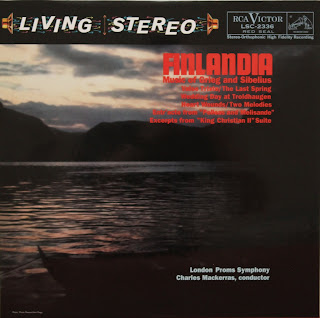 It appears that Analogue Productions is now following its intended release schedule for these Decca/RCA reissues.  Less than two weeks from the time I received the Royal Ballet Gala Performances and Venice arrived the shipment containing these two LPs.  The original pressings of both of these recordings have been previously reviewed on our site (LSC-2077 and LSC-2336).

AAPC 2077 (LSC-2077): This reissue is a marked improvement compared with the original Shaded Dog.  I find that it sounds more like the Decca Eclipse (ECS 674) -- more modern, less "tubby".  The original recording was troubled by a deep but constricted soundstage as well as heavy, boomy bass.  The reissue, like the Eclipse, opens up the soundstage a little bit (it is still far from wide but sounds less like a mono recording) and significantly cleans up the bass, which is now much tighter.  The brass, which originally had a nasal tone on the original, now have a far more natural sound.  Clarity and transparency on the reissue are also much better and benefit from the super quiet vinyl surfaces.  If you treasure these performances, I think this is the pressing to own, unless you can land the Decca Eclipse for a bargain.  Rating: 8/10.

AAPC 2336 (LSC-2336):  I've thought of this record as one of the hidden gems in the RCA catalog.  The musical program is highly enjoyable, and the original Shaded Dog was characterized by excellent balance, a wide soundstage, and a rich midrange with lush strings and crisp and clear horns.  The reissue is brighter, more forward in presentation, and more transparent than the original.  There was virtually no surface noise on my pressing, making backgrounds essentially as black as can be.  String tone heard throughout the recording, and especially notable in Grieg's second of two Elegiac Melodies (The Last Spring), is gorgeous.  Rating: 9/10 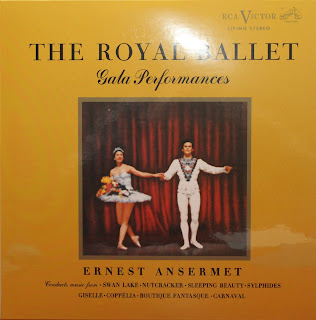 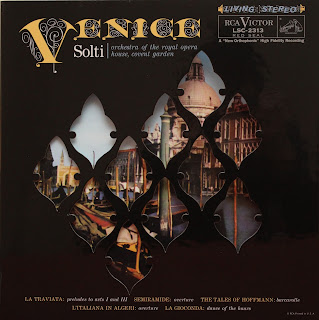 Greetings from Boston, where, after two consecutive snow storms within the past week and a half, it is now a balmy 59 degrees Fahrenheit in the middle of February!  After much eager anticipation, batch two of Analogue Productions' RCA/Decca reissues has finally arrived!  With this batch comes the very welcome reissue of LDS-6065: The Royal Ballet Gala Performances and LSC-2313: Venice (see previous review here).  You can find our initial reviews of the first batch of releases in this series here and an addendum here.

I was very much looking forward to receiving these LPs, in particular, the Royal Ballet Gala Performances.  Most classical audiophile collectors can appreciate the rarity and collectibility of LDS-6065, both in its original pressing as well as in its Classic Records reissues (both 33 rpm and 45 rpm, mastered by Bernie Grundman). On popsike.com, the price range for the Royal Ballet Gala Performances (including either the original or reissues) depends upon whether you search for "LSC-6065" ($36-$1885) or "LDS-6065" ($25 to $4208!).  Up until a couple of weeks ago, if you wanted a copy, you would have had to be willing to pay a small fortune.  A few years ago, I sold my original copy, the discs of which were in VG to VG+ condition; the cover of the cloth box had heavy water damage along the bottom.  Regardless of its shape, a buyer in China was still willing to pay $240 for the set.  Well, thanks to AP, we now have a chance to own this album for a far more reasonable price.

In general, AP's production quality with these reissues has been high.  Although it would have been nice if AP had reproduced the cloth-bound box that housed the original Royal Ballet Gala Performances, both of these albums come with beautifully laminated gatefold covers with full-color reproductions of the original booklets (see photos below).  Someone commented in a review of the Royal Ballet Gala reissue on the Acoustic Sounds website that the picture of the dancers on the album cover was blurred, but it appears that that is also the case on the covers of the original and the Classic Records reissue.  The vinyl weighs in just about 200 grams as advertised (I measured 195 g and 215 g for Royal Ballet Gala and exactly 200 g for Venice). Bernie Grundman mastered AAPC 6065 (it is unclear if this is the same as what he did for Classic Records) and Willem Makkee mastered AAPC 2313.

Here are some of my thoughts on the sonic qualities of these reissues: 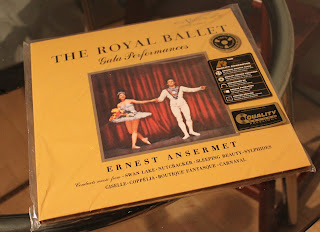 AAPC 6065 (LDS-6065):  The vinyl surfaces are extremely quiet, and I detected minimal if any surface noise during my listening. I don't know how this compares with the Classic Records reissues, which I suspect are also quiet, and I will leave that to my blogging colleague Meles to comment. The black backgrounds really permit a lot of low level detail to be revealed during soft musical passages.  As an example, the harp solo in the Waltz of the Flowers from Tchaikovsky's Nutcracker Suite glistens with clarity. 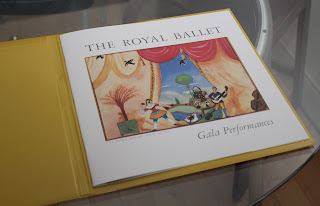 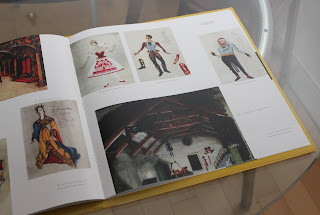 There is a wide range of dynamics across the potpourri of ballet excerpts.  Much of the music is performed at medium to soft listening levels, but periodically we get bursts of energetic orchestral tuttis.  Overall, the orchestra sounds well balanced.  Clarity, transparency, and imaging are excellent, although I have to agree with Jonathan Valin's assessment (see below) that there can be a hard left-right separation at times.  The soundstage is deep and expansive, and one can really appreciate the acoustics and ambience of Kingsway Hall.  I was also impressed by the rich midrange, sweet treble, and taut bass.

Overall, I'm very happy with this reissue and am glad to add it to my collection.  Thanks to the folks at AP for bringing this back into circulation!  Rating: 9+/10

Just for your reference, here is an excerpt from Jonathan Valin's notes on the original pressing from The RCA Bible:

"#1 on CBK's Top RCA list (and in the hearts of thousands). The ROHO is here set farther back than it is on other Kingsway greats (like 2225 and 2449).  The stage is tremendously wide, deep, and exceptionally well scaled and the orchestra gloriously rich in texture with phenomenal transparency, inner detail and fidelity of tone -- making for quite the majestic panorama.  While midrange texture is excellent, the mids are not quite as lively and immediate as, say, 2225, which of course is more closely miked.  However the low end dynamics outdo the Brew.  In particular the Coppelia has wonderful bass clarity and extension: there is a forte passage toward the end in which the low brass are playing a dotted rhythm above the basses; not only are both lines clearly audible but the brass are reproduced with such fine focus that you can almost count them too.  Unfortunately, CBK's remarks notwithstanding, this is a truly dull performance of Delibes.  Indeed most of the performances on this disc are rather staid as I suppose befits a Royal Gala.  (Note: this fine record does suffer a bit from left/right/hole-in-the-middle staging.) This reissue lives up to the reputation of the and, in my A/B comparison, is better in some aspects.  I found myself favoring the reissue for a few different reasons: 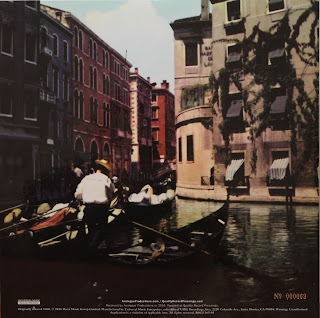 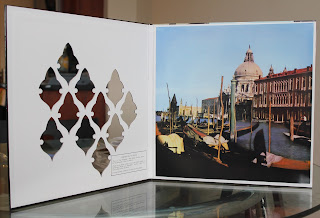 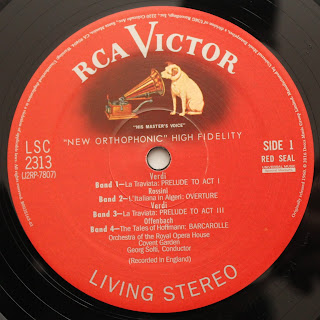 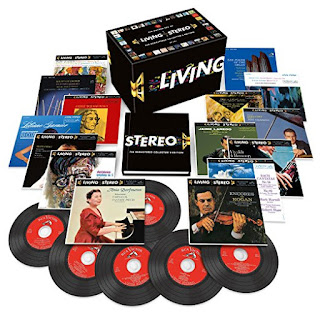 Now here is a boxed set that I have been anticipating for a while!  I realize that we focus most of our posts on vinyl recordings, but from time to time, I like to cover some CD releases, particularly those of analog recordings that have never before been issued in digital format.

Many of the heavy hitter recordings in the RCA Living Stereo catalog have been remastered and reissued in digital format (CD, XRCD, SACD) over the years.  Two Living Stereo box sets (each with 60 CDs) have been previously released.  Most of these albums have been the "sonic highlights" of the RCA catalog, the titles that generally appeal to most classical audiophiles.  However, for the longest time, some of the rarer titles in the Living Stereo series went neglected.  Well, at last, someone has decided to give justice to these precious recordings.

At the end of October of this year, Sony Classical released a third boxed set:  Living Stereo: The Remastered Collector's Edition. This is another set of 60 CDs, remastered in 24-bit/192 kHz, each one a mini-replica of the original LP (with no additional tracks).  Supposedly, 48 of these 60 have never been previously issued in digital format.  Now I read a complaint or two on the Amazon website about how the recordings in this boxed set were the "scraps" of the RCA catalog.  I could hardly disagree more.  Just because we don't have Heifetz, Rubinstein, Reiner, Munch, and Monteux does not mean that these recordings are of any less caliber.  What really drew my eyes to this set were the rare chamber music and solo instrumental recordings of the RCA Living Stereo catalog that have been very hard to find on vinyl.  While I won't be able to discuss my thoughts on every CD in this set, I thought I might share with you some of the highlights.  As examples (in no particular order):

Okay, those are just a handful of some of the highlights in this set.  I haven't even begun to mention the Juilliard String Quartet recordings of Debussy and Ravel (LSC-2413), Schubert (LSC-2378), and Beethoven (LSC-2626, LSC-2632), or Piatigorsky's cello recital (LSC-2293), or the piano duo albums of Vronsky and Babin (LSC-2417, LSC-2648), or the solo piano albums of Andre Tschaikowsky (LSC-2354, LSC-2360), or Howard Mitchell's recording of the Shostakovich 5th Symphony with the National Symphony Orchestra (LSC-2261).  My bottom line:  this boxed set was worth the purchase for me, and I look forward to discovering the other albums within.

Here's another plus:  in contrast with the CD sleeves in the prior two RCA Living Stereo boxed sets, the ones with this third set are made from higher quality, thicker cardboard and are near exact replicas of the LP covers (including the back covers).  You might need a magnifying glass to read some of the liner notes, but they are there in entirety.  Even the CDs appear as facsimiles of the LP labels (although the dog is not shaded).  Nicely done!
Posted by aqlam at 3:56 PM 4 comments: 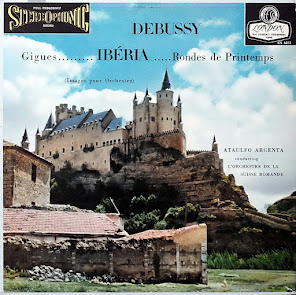 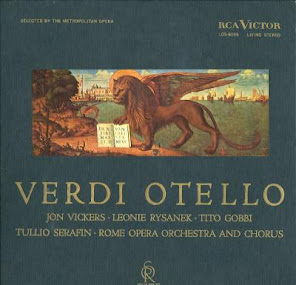 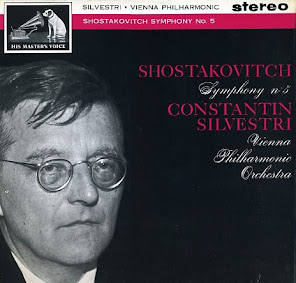 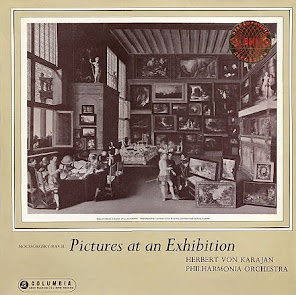 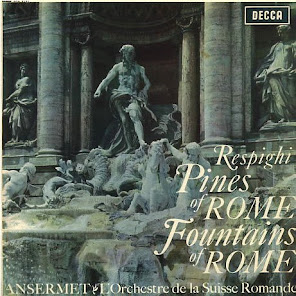 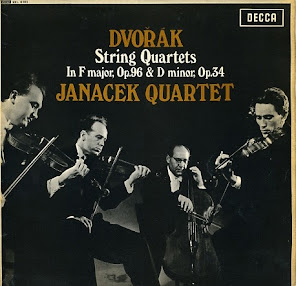 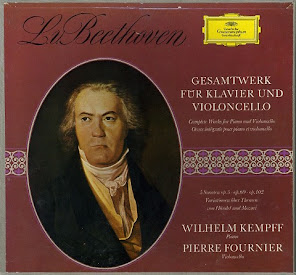 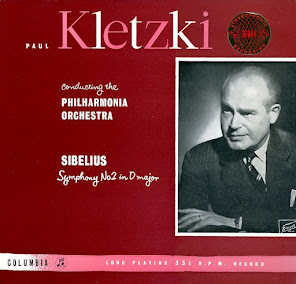